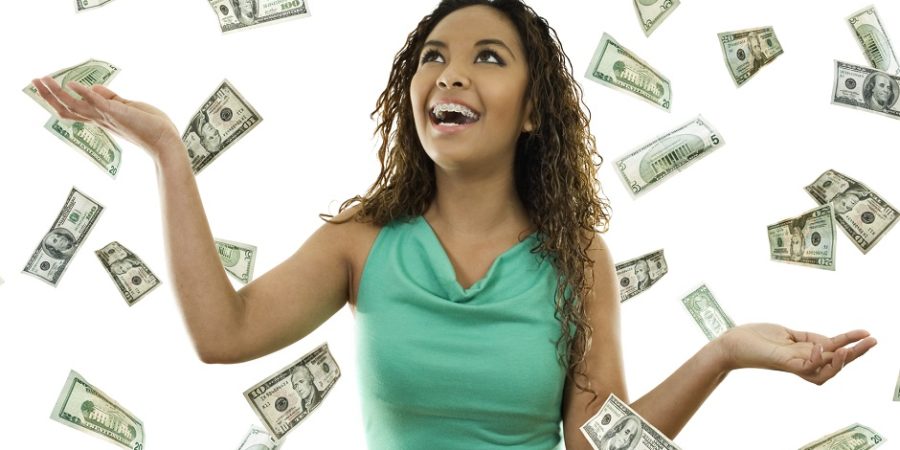 An article published last week in The Atlantic examined the relationship between height and money.

Specifically, it found that in Western countries, a jump from the 25th percentile of height to the 75th—about four or five inches—is associated with an increase in salary between 9 and 15 percent. Put another way, tall people make hundreds of thousands more over a lifetime than their shorter counterparts.

Height discrimination is not a new concept. Plenty of studies over the years have focused on how height equals status, power and achievement. People who are taller are more likely to be CEOs, executives, or in positions of power. They make more money. They have more status. Since 1900, the taller candidate has won all but one US presidential election.

Most of these studies focus on men. But did you know that the bias exists against short women, too?

Not a trivial amount

Height discrimination amounts to serious amounts of money over a lifetime. Consider the following statistics: 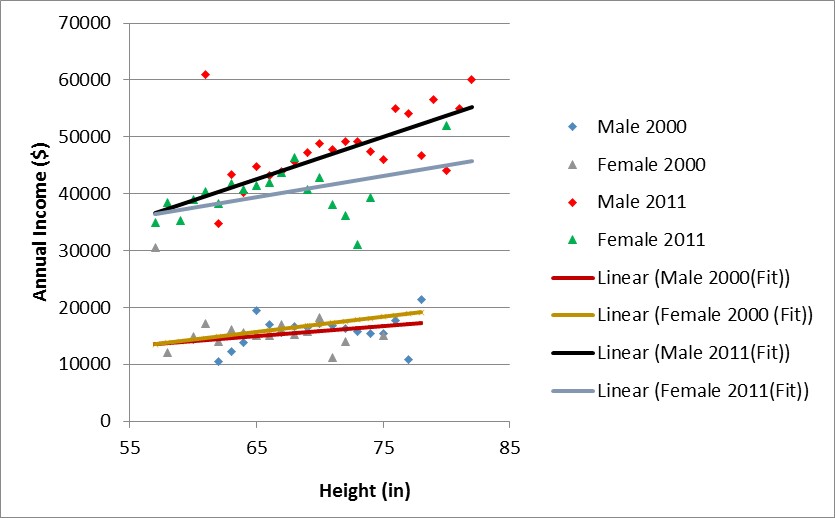 So short women get paid less, promoted less, and respected less. And when you add that to how much more it actually costs to be short, we’re talking potentially hundreds of thousands of dollars worth of difference over a lifetime.

Why do we discriminate?

Theories abound for why height discrimination is so pervasive. Some claim that it’s an evolutionary holdover from when height and physical strength determined survival rate. Others claim that it’s because, in childhood, taller and bigger children are accorded more respect from an early age, and therefore learn early to act as natural leaders and to develop the social skills needed to command authority.

In one particularly galling study, researchers even claimed that tall people deserve to earn more, because they are “more intelligent and have greater social skills” than short people, due to have been “better nourished” as children. Don’t get me started on all the layers of messed-up shoddy science at play here.

But the point is, we discriminate because we discriminate. It’s circular. We’ve associated height with status and power for so long that we now seem incapable of getting past it, even though most of us are working in desk jobs where height offers next to no legitimate advantage.

The struggle is real

Being short in the average office has an impact on more than just salary or career advancement. It can also impact your day-to-day life.

I’m a 5-foot-1 woman who holds a director-level position at my agency. In the span of my career, here’s just some of what I’ve had to deal with:

And I’m actually one of the lucky ones. I’m highly assertive and I don’t take shit from anyone. I talk back and even interrupt back on occasion. I don’t take crap. I demand respect. And most of the time, I get it.

But it’s not always easy.

Tips for petite women in the workplace

So with all this height discrimination, what should short women do? Should we give up? Assume that the odds are stacked against us and that it’s pointless?

Just because we have to overcome bias doesn’t mean we should cave. Plenty of people face far steeper uphill battles against discrimination, based on other uncontrollable factors like their weight, age, skin colour, ethnic background, sexual orientation, gender identity, or even last name. Most people have something they have to overcome.

So height is just one factor, and it’s not even the most important one. It may be a slight hurdle to overcome on first impression. But we petite women are made of tougher stuff than that, right?

Here are five tips for petites in the business world: 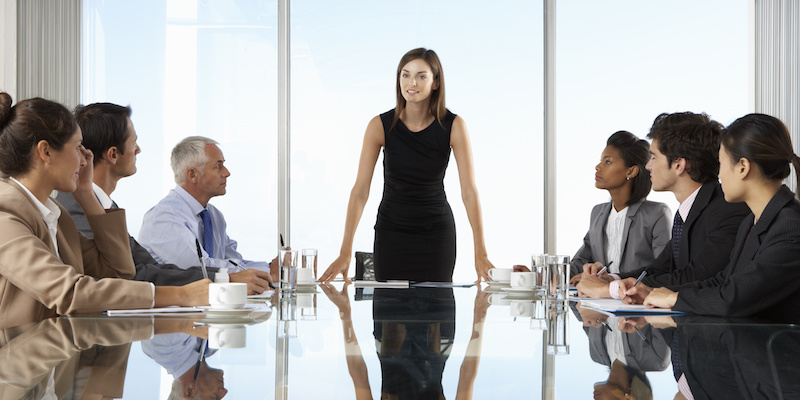 And, once you’ve done all that, make sure to check your own biases. Height discrimination is relatively minor compared to the shit that some people deal with. If you’ve done all of the above and been promoted into a position of authority, use it responsibly. We all subconsciously have biases, but we can try to cut back on discrimination with more active awareness. Take extra steps to make sure you’re not discriminating against others based on factors outside of their control. We can’t stamp out discrimination unless we all do our part.

10 things to love about being petite

Petite doesn’t mean small: The challenges of being short in Quebec

3 thoughts on “Short women make less money: Being petite in the workplace”

Just a 5’1″ Montréalaise writing about fashion, issues, and the occasional frustrations of being a short woman in a tall world.